In Memory of
Elsie Mae
Carr (Muise)
1936 - 2019
Click above to light a memorial candle.
Memorial Candle Tribute From
Quinte Cremation & Burial Services
"We are honored to provide this Book of Memories to the family."
View full message >>>
Send Flowers
Plant a Tree In Memory of Your Loved One
Click Here
Menu

In the event that there is an error
in the information presented,
please contact the funeral
home by clicking here. Carr, Elsie Mae (Salvation Army member for 55 years) – of Picton. Passed away at the Prince Edward County Memorial Hospital on Sunday March 24th, 2019 in her 84th year. Daughter of the late Felix and Marguerite Muise. Beloved wife of the late Howard Elwood Carr. Dear mother of Nellie Hallett (Mike) of Rockville, Nova Scotia, Debbie McGiffen (John) of Picton, Doreen Wade (Bill) of Trenton, Joanne Gannon (John) of Picton, Bobby Burrill (Jennifer), and Gloria Burrill (Tom), all of Trenton. Predeceased by her sons Roger, Billy, and by her daughter Roseanna. Dear sister of Jennie Crosby (late Nate), and Arthur Jerome Muise, all of Nova Scotia. Predeceased by her siblings Evelyn Comeau, Isabelle Blauvelt, Barbara Hubbard, Phyllis Dentremont, Albert, Franklin, Leon, and Wilfred Muise. Elsie is loved by her many grandchildren and great grandchildren. Family and friends are invited to a Memorial Service to be held on Wednesday April 3rd, 2019 at 11:00 a.m., at the Salvation Army Picton Community Church, 46 Elizabeth Street in Picton. A luncheon to follow at the church. In lieu of flowers, donations to the Picton Salvation Army would be appreciated
Printable
Share on Facebook 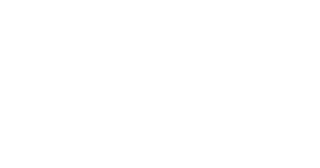 Due to the COVID-19 pandemic, you are required to call or email prior to making an appointment.